The two things I look forward to most each time shark week rolls around is knowing if:

I’m only 8 months into my TTC journey (fertility lingo for “trying to conceive”), and I’ve quickly learnt to realise that seeing one line on a freaking plastic stick, sucks.

I have many friends who’ve were TTC for years before they conceived (or maybe they still are). And whilst my heart always broke for them with another year rolling by, I never truly got it ‘til now.

I never truly got what it’s like to feel like suddenly everyone’s falling pregnant, except for you.

I never truly got what it’s like to feel frustrated by your own body when you see the smoker who drinks every weekend fall pregnant.. and you didn’t.

Or the woman who’s stressed out, eats terribly, and still fell pregnant… and you didn’t.

It makes it even worse when this is something you help other women with… something you are highly knowledgeable about… but you can’t help yourself.

You dream about seeing 2 lines. You convince yourself you’re pregnant, You google every little symptom you haven’t experienced before, to see if it’s a sign of early pregnancy.

Check my google history and it probably looks something like:

Every fucking sign’s an early pregnancy sign when you want it to be.

And it’s impossible to get over.

And it’s easy enough for people to say “oh 8 months, that’s nothing, it might not happen straight away”. But they don’t realise the extent you know about the human body and what needs to be in place to fall pregnant. Sometimes it’s worse when you know too much.

So last month after having an emotional break-down to a family member, I was helped to put things into perspective. What she told me wasn’t anything I haven’t heard before, but it was the way she said it that gave me a new attitude.

She said, you need to focus on enjoying you and Ed’s time together while you can. Because right now, this is the best time of your life. In fact it’s the only time we won’t be caring for someone else. Enjoy the sleep-ins. Don’t make future plans that factor in a baby right now, just enjoy life.

And she was so right. I’d been projecting what I’ll be doing 12 months from now based on having a baby by then. And thus I was putting things on hold.

And I know having a baby isn’t going to be a walk in the park. I know that I can’t even begin to imagine how hard it really will be (after 100 different mothers all telling you the same thing).

But as is in our DNA, we also can’t fight that maternal instinct; that yearning for a family; to hold a baby in our arms.

Suddenly, I woke up one morning as if the chorus to Frozen’s “let it go” dropped in the background, and I accepted where I am. I was okay with the journey I had to go on, and I was ready to focus on other things again.

And this time I turned my new goal to getting my periods better this time. So with some new strategies to try such as castor oil packs and a TCM herbal formulation, this time I was excited for day 28 for a new reason.

And there were indeed many things to be excited about. First of all, my last two periods since surgery had been short – about 25-26 days. This is also means I was having a short “luteal” phase (the second half of your cycle) which is not ideal for carrying a baby. I figured it was the stress of post-surgery and things healing that would see my periods be a little rogue for a while.

So making it to 28 days was a win. The other positive was that my pre-period pains were almost gone. Comparing this to my previoius periods, even before my surgery, I’d been getting a lot crampier before my periods.

As I got to day 27, period still not here, hardly any cramps (a few niggles here and there), no PMS and heaps of energy, I was curious whether this would finally be the period I’d longed for my whole life.

And so it happens again. That thought pops in. Could I be pregnant?

“Don’t think about it Jade, don’t get your hopes up”

“Just do a pregnancy test”

“No! It’s still too early. You’ve been down this road before”

Another hour goes by

“Oh just do it, you won’t able to think if you don’t just do it”

“No, do you know how expensive buying First Response pregnancy tests gets after a while. Just wait!”

This time I couldn’t even be bothered caring. I should’ve known better.

1 hour later. I got my period.

My focus turns back to the anticipation of what’s going to happen here with pain this time.

There were some mild 2/10 cramps but nothing that stopped me from my general day-today tasks like COVID-19 batch cooking, or watching another Scott Morrison restriction announcement.

Shit. Could this actually be it!

I can sense it. The VIP pass to the the pain-free-period club was at my finger tips.

I went to bed and fell asleep.

I’m awoken by pain. It starts creeping in. It gets worse.

So I get up, put my Ovira TENS machine on and heat up a wheat bag. Go back to bed. Try to sleep. But the TENS and wheat bag are no longer enough.

I start pacing up and down the loungeroom half asleep, ramping up the TENS machine now.

I start moaning, focusing on slow breaths like a women in labour.

And now it’s becoming too much.

Ed gets up to give me a hug (which really is the best thing your partner can do in that moment). In true Ed style, trying to lighten the mood, he calls over to Milly (our dog) like a team mate.

“Come on Milly, come over here, bring it in”.

Milly comes over and sits by our sides, hoping for a biscuit.

As I nestle my head into my husband’s broad chest whilst he gently hugs me, and Milly stares at us blankly still wondering why the fuck she’s there, suddeny our beautiful silence is interrupted with the sound of two just-detectable squeeky farts.

Milly had told us how she really feels about being called over for a family hug at 3.30 in the morning without a reward by giving us the gift of flatulence.

I must admit, the sudden laughter induced by this unsurprising moment helped me forget about the pain for a minute.

As Ed went back to bed, Milly took her flatus to the coach, and I stayed standing and swaying like a lucid Shaman, the pain really started ramping up.

I walked up to the other lounge room, and back to the original. I repeated this action not sure which room reduced my pain more. I laid on the floor. Then laid on the couch.

Nothing’s fucking comfortable when you’re in this much pain.

And this is why I’ll never get my hopes again.

And I don’t mean that in a pessimistic sense. I mean it as in, I’m ready to accept my journey and hand over the reins to someone else.

I’ve realised I can’t do this alone.

The one thing every lecturer tried to drill into us throughout college was “you cannot help yourself, you need to see another practitioner”. Even though I agreed, I’ve always been stubborn.

I really wanted to prove to myself that I could fix myself. I could do this!

I researched every little thing there is to know about fertility. I listen to every expert podcast. I’ll watch every masterclass with every fertility expert.

But it’s not enough. Because when it’s for you, you can’t think clearly enough. You want to try it all. And it’s also hard to put your trust in another practitioner because you worry they won’t know everything you know.

But I realised today, this is a control issue. And it’s time to let go.

So I’ve finally swallowed my pride and reached out to another fertility Naturopath.

And as is the nature of life, I feel myself going through another valuable life lesson learnt;

It’s okay if you can’t figure it out on your own. 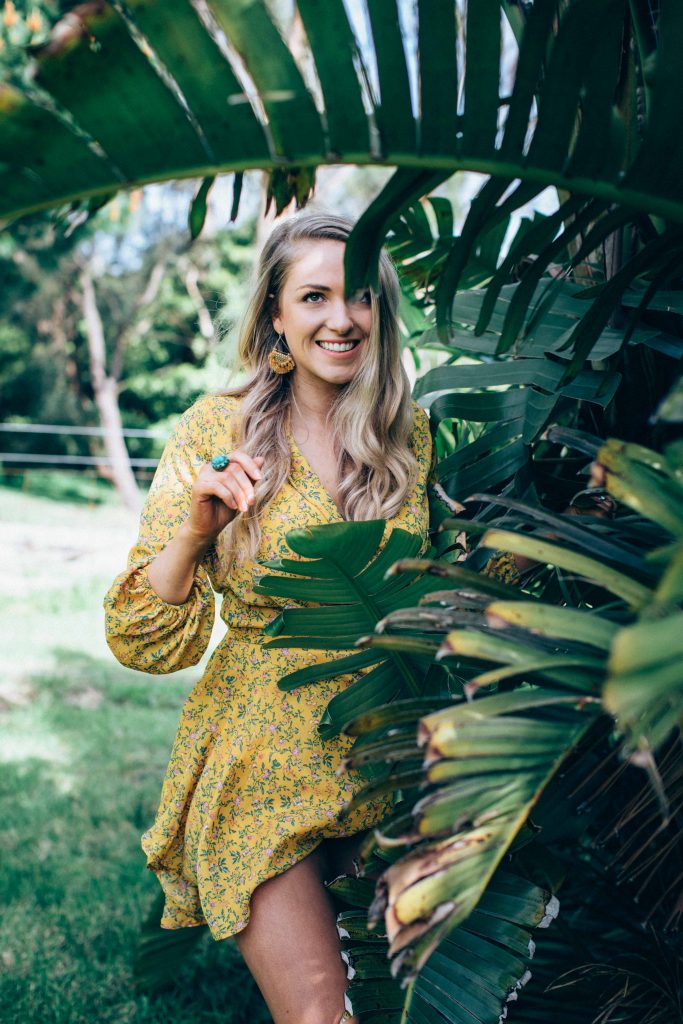