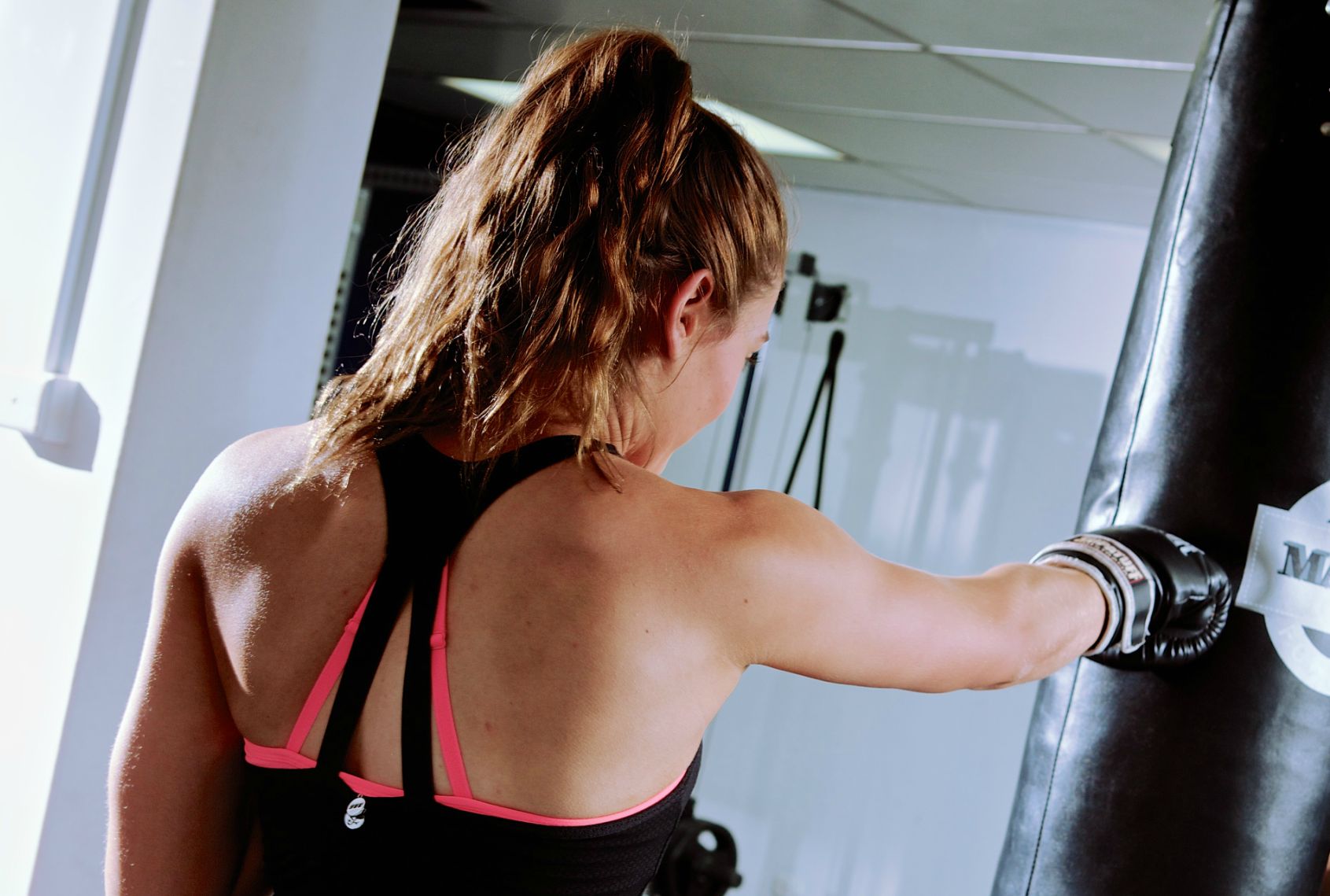 To ensure this idea works, I’ve collected some stats, collected expert advice, and compiled some nifty lists and ideas.

In my field of health, a holistic treatment plan doesn’t just include nutrition. It also includes assessing and recommending frequent exercise.

According to 2011/12 statistics, around one third of Australians over 15 years of age are sedentary, and around a third have low levels of exercise (Australian Bureau of Statistics).

But the biggest challenge; no one has the freakin’ time. I use this excuse regularly.

I’m at uni 27 hours a week, working in my casual job 8-20 hours/week and then that doesn’t take into account running the business and working on assignments and exams, which could easily total another 20+ hours. Plus down time! 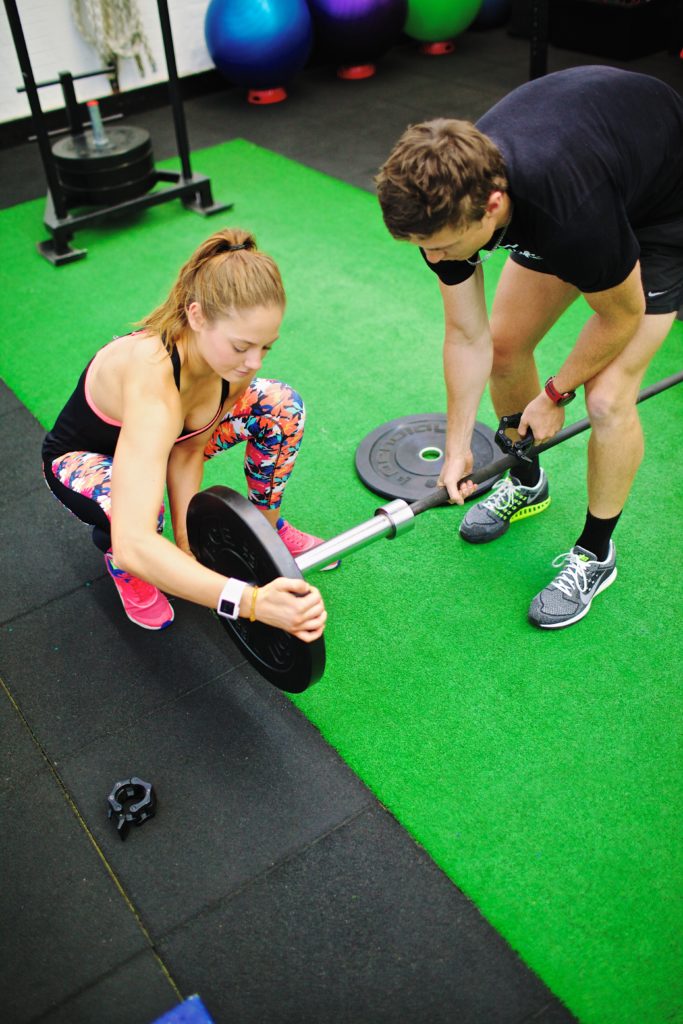 I often have full intentions of working out, starting the day pumped and fresh.

But come the end of 10 hours in the class room and a crammed train ride, the last thing on earth I want to do is slip my tights on and skip to the gym.

Revolution Health Clubs co-founder Scott Norman says that one of the common reasons people don’t work out is due to the time of day.

“When clients come to early sessions, they just get up early and don’t think about it, and then they’ve got the rest of the day ahead of them.”

Conversely, clients who leave it until later on (I’m guilty), are less likely to go or won’t be as motivated. Scott says another limiting factor is when we have friends who bail on us, so we use that as an excuse to bail too. This is where he encourages self accountability.

One thing we know for sure is that when we do get our buts into gear and commit to training we become more productive. Not to mention our state of mind is calm and clear and we feel better in our skin. A couple of months back I started personal training with Larissa Watt from ‘Food for Health’ . Prior to this I was starting to struggle with my self-esteem and lacking motivation as I’d just come off the back of a stressful semester. But just a couple of sessions with Larissa put me back in control. On the morning of every session I despised that that the session was so early. But once I left that gym, I was ready to conquer. That long to-do list was done by lunch time.

One of my lecturers recently told us that when she was in her final stage of writing her PhD, she was up for 20 hours a day. But she said she could only do this if she had worked out for 1 hour and meditated for 20 minutes, otherwise she could only write for half the time.

We know full well that regular exercise has profound benefits on health including lowering your risk of:

Did you know exercise also increases your happy neurotransmitters ‘dopamine’ and ‘serotonin’, which then down regulates the hunger hormone ‘ghrelin’? Therefore, exercise reduces the likelihood of eating a nutella donut.

I’ve realised though, as alarming as these stats are, they’re just still not enough to get 12 million Australians moving – that’s the amount of people in the sedentary or low exercise bracket (it’s probably more than that now).

So for me, it’s only when I’m held accountable that I don’t want to let anyone down. And that’s why I’m putting it to you guys. If I put it out to social media and on the blog, I will hang my head in shame if I fail.

This idea for 100 days came from a bit of inspiration by my friend Hannah Noonan at 100daysofpancakes.com who makes healthier pancakes for different dietary requirements (check her Insta – you’ll drool). There are many other 100-day challenges like this, where people pick a challenge and have to commit.

So adapting this concept, I really wanted to do something that would better myself. And that’s where I came up with 30 minutes of exercise a day, starting September 1 and concluding December 9.

I chose 30 minutes because often we look at exercise as this mammoth task that’s going to take so much time out of our day. It also doesn’t have to be the gym. Scott says one way to include exercise if you can’t get to a gym or go outside can be done in the living room whilst you watching TV. For example, you could do five sets of five different exercises such as dips, squats, push-ups, sit-ups and planks. 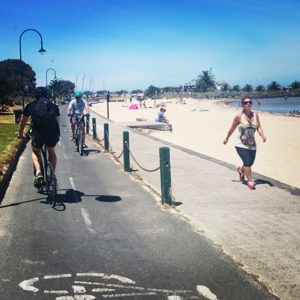 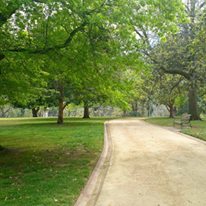 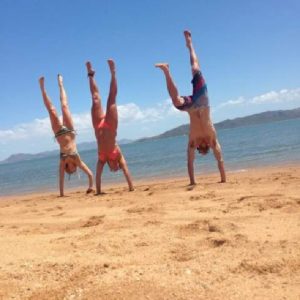 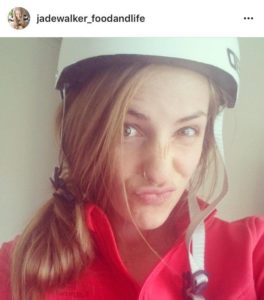 Tips to keep you going:

So has this got you motivated?

If you’re ready to jump in, join the Facebook group 100 Days of Exercise for expert PT tips and exercise, or checkout both of my Instagram accounts @jadewalke.r and @jadewalker_foodandlife to see what I’ve been up to.